The best French Toast in Toronto

After our trip to Quebec City and researching and eating the best French Toast I’ve ever eaten – sorry mom – at Panache, I decided to embark on a mission to find the best in Toronto.

My research led me to School in Liberty Village. I ordered the Crunchy French Toast. After waiting for what seemed to be hours (likely about 25-30-minutes), and watching the staff bring delicious food out to other customers, the food arrived.

First off, there were two pieces on the plate, and after further examination each piece was actually two-slices of loaf chalah together. It had a slight citrus taste and had what appeared to be fried Rice Crispy bits on it. It was very good, but I highly doubt it’s the best in the city!

If Panache is the benchmark, being a 9.5/10 (I need to leave room for someone to one-up Panache), then School’s Crispy French Toast was about a 7.5/10. My apologies to Brad Moore, executive chef at School, but the dish needs something more. Maybe some fresh cream or fruit slices with it. Also, machine cut chalah? Really? Your chef’s couldn’t muster the effort to hand cut?

What made Panache better? Well, for starters, they use brioche. Then amazing local maple syrup, chopped almonds, and fresh local strawberries and orange slices. I would say that the 9-hour drive just for the French Toast is worth it!

Anywhere you suggest that I try next? 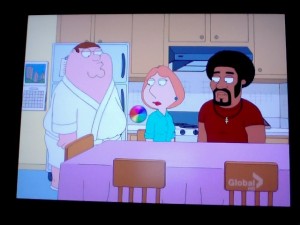 by David | Photo and videos, Play

Thought this was just hilarious. There was a brief pause in the newest episode of Family Guy where the “swirly ball of death” was seen. 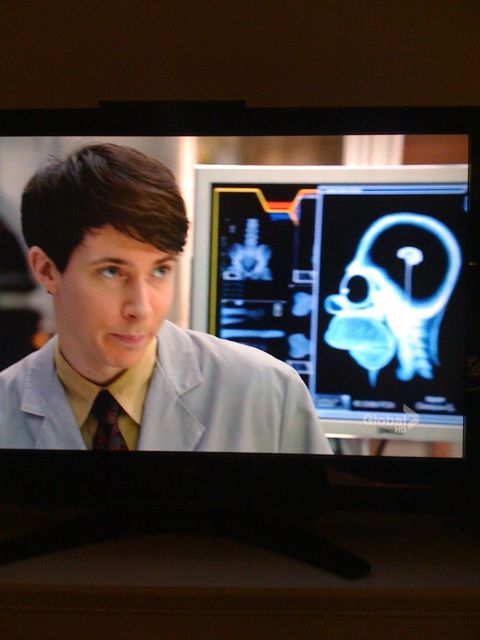 I’m finally getting around to watching this weeks PVR recordings, and I’ve seems Homer make his debut on Bones.

Who are you calling a twit?

Anyone looking to get me, I’m @davidpisarek or you can view my profile page at http://twitter.com/davidpisarek.

I had my blog setup to automatically create a new post whenever I sent a tweet, but it looks like that’s going to get annoying pretty quickly, so I’ve disabled that function.

Bring it on fellow twits!

Justin and I were talking, and he mentioned the Meez.com site.

I figured I would give it a shot… and it’s pretty cool. You can make an avatar of yourself for free, and have it saved out with an animation too!

Well, this year’s Boxing Day has come and gone… Mostly uneventful… Got some shopping in… Didn’t have any major purchases to do, so I didn’t participate in the annual insane boxing day 2am line-up. Perhaps next year we’ll re-establish the tradition.